The Ford Escape is an impressive SUV capable of high performance without forgoing advanced safety features. At Sam Pack’s Five Star Ford Lewisville, we want to show drivers in the Lewisville, Denton, and Grapevine areas the difference between the many trim levels of the 2018 Ford Escape.

The Ford Escape S: The Not So Basic Baseline 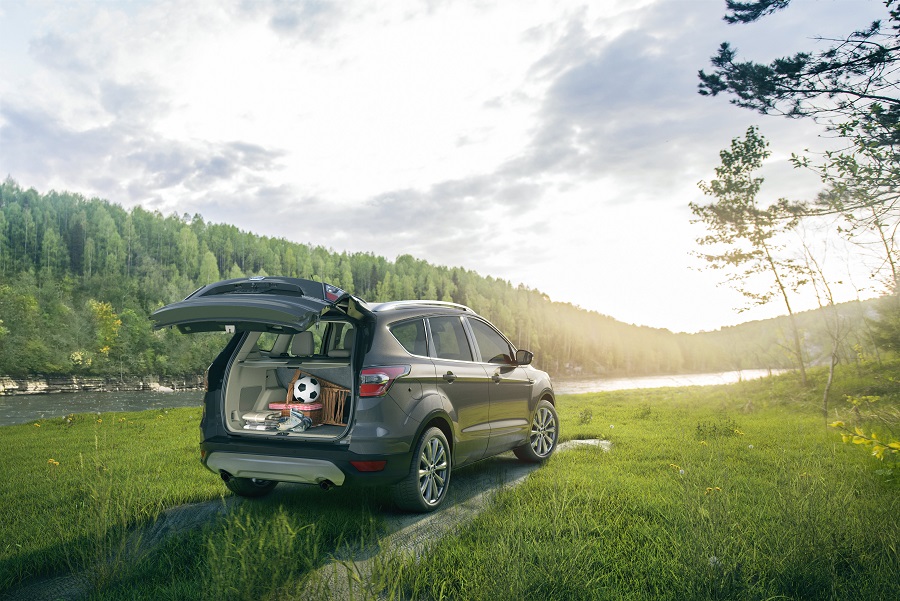 The 2018 Ford Escape S is the standard trim for the Escape line of SUVs. However, it still includes many advanced features such as traction control and curve control. The Ford Escape S offers the 2.5L i-VCT I-4 engine with 168 horsepower and 170 lb-ft of torque.

If you’re looking for a great SUV that offers plenty of power with a comprehensive suite of standard safety features, look into the Escape S.

The Ford Escape SE: A Step Above

The Ford Escape SE is the next step up from the standard trim. This SUV comes with a very handy piece of engine technology: The Auto Start-Stop engine.

The 2018 Ford Escape SE uses a 1.5L EcoBoost® engine with an Auto Start-Stop feature that turns off your car while idling and turns it back on when you press on the gas. You won’t have to worry about wasting gas hitting traffic on your commute with this trim.

The engine is a bit more powerful here as well with 179 horsepower and 177 lb-ft of torque. It also comes with more optional features than the standard trim like an intelligent 4WD system.

The Escape also offers the available BLIS®, Blind-Spot Information System with Cross-Traffic Alert, so you can change lanes with confidence. You’ll be getting a fuel-efficient vehicle that’s well equipped for your next road trip with this trim.

The Ford Escape SEL: Improvements for the Daily Drive 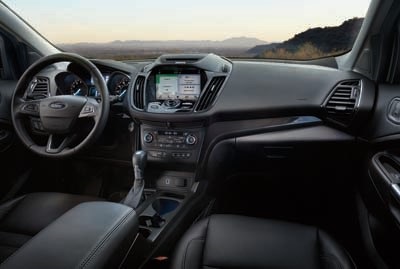 The Escape SEL brings all of the same features from the Escape SE. The SEL adds some nice touches that make it not just a car for your next vacation but a great SUV for daily driving as well.

The 2018 Ford Escape SEL adds a reverse sensing system that notifies you when a car is coming from a blind spot while you’re reversing. This is a helpful feature that makes navigating parking lots and other low-speed environments easy.

This trim also comes with heated sideview mirrors and a power liftgate. Long drives will be easy when you have the peace of mind of having clear side mirrors and a car that makes packing for trips easy and convenient.

The Ford Escape Titanium: Where Technology and Power Combine

The Ford Escape Titanium is the highest trim of the 2018 Escape line of cars. This vehicle delivers an improved 2.0L Twin Scroll EcoBoost® engine with Auto Start-Stop technology. It brings a huge boost of power with 245 horsepower and 275 lb-ft of torque. This trim was designed to haul.

Many features that were optional in the SE and the SEL are now standard in the Titanium, such as auto-dimming rearview mirrors and a remote start system. If you want an SUV with enough power and convenience to make your road trips a walk in the park, look into the Ford Escape Titanium.

At Sam Pack’s Five Star Ford Lewisville, we’re excited to offer drivers in the Lewisville, Denton, and Grapevine areas options when choosing their next vehicle. That’s why we provide multiple Ford Escape trims to ensure that everyone can find the car for them.

Schedule a test drive with us online or over the phone today!