The search for a full-size pickup truck can be exhilarating. There are many pickups available on the market today, offering Lewisville, Denton, and Grapevine drivers a premier driving experience. At Sam Pack’s Five Star Ford Lewisville, we want you to be a fully informed and engaged driver.

One way to get started is by checking out this vehicle comparison, which takes a closer look at the 2018 Ford F-150 and Toyota Tundra. Discover the pickup truck features important to you, and learn about some of the key similarities and differences between these two vehicles. 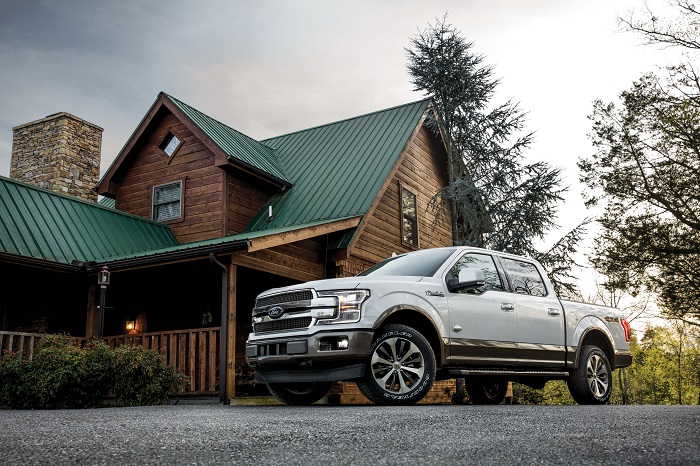 The F-150 is known for offering versatility when it comes to the engine choices, and the 2018 edition of this pickup truck is no different. It all begins with the base edition, which is a V6 engine producing 290 horsepower and 265 lb-ft of torque. It expands from there to include a powerful 5.0L V8 engine, 3.5L EcoBoost® V6 engine, and even a turbodiesel, for better fuel economy numbers. Overall, there are six different engines available under the hood of the F-150.

The 2018 Toyota Tundra only has two engine choices, and both are V8 options. The 4.6L V8 engine produces 310 horsepower, while the 5.7L V8 offers 381 horsepower. The F-150 engines offer up to 450 horsepower, exceeding the abilities of the Tundra.

Towing Capabilities in the Ford F-150 and Toyota Tundra 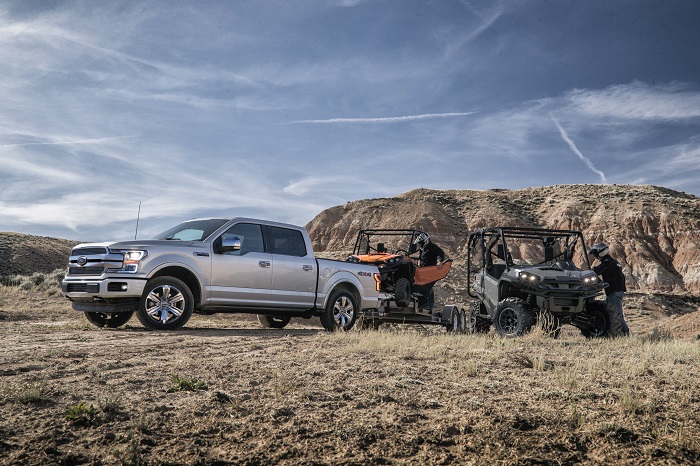 Stepping Inside the Cabin

Once you’re inside these two trucks and have the chance to take a look around, you’ll see the F-150 has more front passenger space than the Tundra. The back seat is larger too, with the F-150 providing 40 inches of headroom to the 39 inches offered in the Tundra. The F-150 also carries more legroom.

When it comes to technology, you’ll find an 8-inch touchscreen with Ford SYNC® technology in the F-150. It also includes Apple CarPlay™ and Android Auto™ compatibility. The largest touchscreen in the Tundra is just a 7-inch offering, and there’s no Apple CarPlay™ or Android Auto™ technology for listening to music, making phone calls, or using your favorite apps. You’ll have to go to the Ford F-150 if you want that.

Through this comparison of the 2018 Ford F-150 and 2018 Toyota Tundra, you’ve had the opportunity to learn all about truck performance, towing capability, and cabin features.

It’s clear that the 2018 Ford F-150 stands tall as the go-to truck in this class. Visit Sam Pack’s Five Star Ford Lewisville today, and see why countless Lewisville, Denton, and Grapevine drivers have already made it their own.